Broderick (Boo) Richard Daye's story began October 29, 1964, in Waukegan, Illinois. He was the third child of the late Supt. R.L. Daye and Missionary Carol Ann Daye. His siblings are Brian ‘Bubba’, Brenda ‘Googies’, and Breon ‘My Dawg’. For reasons known only to Boo, sometimes he’d jokingly say that he was adopted or was an only child!
Boo attended elementary school in North Chicago, Illinois and Des Moines, Iowa. After the family relocated to Iowa, Boo attended Logan Elementary and Amos Hiatt Jr. High. Boo graduated from East High School in 1984 and from William Penn University in 1986, receiving his Bachelor of Arts in Business Management, minoring in Sociology. He has remained lifelong friends with many of his school friends.
Always busy, Boo worked for the Fifth Judicial District Department of Correctional Services (DCS) State of Iowa as a Probation/Parole Officer for 22 years and was previously a Counselor at Newton Correctional Facility. He was a member of the National Organization of Black Law Enforcement Executives; Chair, DCS Diversity Committee; and Board Member, Des Moines Metro Credit Union. Boo was known to have part-time jobs, usually at nonprofit agencies, serving his community. However, one of his jobs he really looked forward to was working security at the Iowa State Fair! He loved engaging with people, meeting all the performers, and of course the state fair food!
Boo loved church so much. He could sing and could play drums. He began his Christian journey at St. James Temple COGIC in North Chicago, Illinois. He was a proud member of East 17th Street COGIC and New Friendship COGIC where his father was pastor, the late Supt. R.L. Daye. Boo ended his Christian journey at Evangelistic Missionary COGIC, under the covering of his dear fraternity brother and friend, Supt. Gerald Hill. He was an honorary member of churches throughout the area and would just show up to support different ministries. (He liked to call himself the Bishop of Boo Pentecostal Missionary Baptist AME Tabernacle and you had to know how to cook to become a member.)
Boo joined Alpha Phi Alpha Fraternity, Inc. serving in many roles during his 34-year membership. He was affectionately called ‘Mr. Alpha’ and he loved the Black and Gold so much that his home is decorated in his fraternity colors. At Boo’s house, many Alpha meetings and cookouts were held, and many young men crossed over to the Alpha brotherhood in his basement. The Alpha fraternity truly enriched his life.
Although Boo never married or had children of his own, he was ‘Uncle Dad’ to the younger generations of the Daye family and many others. Mentoring and encouraging others was a great passion of his. A special bond was created between Boo and his look alike Queion Swift, who he nurtured into an Alpha man. He met the love of his life, Maria Altagracia, in the Dominican Republic and was looking forward to retiring and marriage. His desire was to visit there last month to spend time with her family and friends.
Other passions included being a diehard fan of the Oakland Raiders and he’d often travel to their games. His passport has stamps from many international destinations, and he encouraged everyone to go see the world. Food was particularly special to Boo to the point he was the founder of the Triple Dirty Dawg Club with other food connoisseurs. Even from his hospital bed, Boo encouraged everyone to get vaccinated. He never expected sympathy, but would inspire all to take full advantage of life by making your dreams a reality. He’d never hesitate to help anyone, whether it was offering a place to stay, advice or food (of course).
Preceding him in death were his mother, Missionary Carol A. Daye; father, Supt. R.L. Daye; brother-in-law, Earl Wilson II; niece, Monique R. Wilson; and nephew, Bryce A. Wilson.
Boo leaves to cherish his memory Aunt Corrine Mayo; spiritual mom, Mother Virgie McGregor; siblings, Brian, Brenda, and Breon; nieces and nephews, Sheena, Tiffany, Leslie, Dominic, Darius, Shareena, Kalyssa, and Amari; great nieces and nephews, DeTasia, Kani, Jabrea, Quentin, Caleb, Earl, DeShawn, Monet’, Braxton, Brielle, Ethan, Sophia, Remi, Saydie Mae and Ameilia Bryce; a host of cousins, God sisters, extended family, and last but not least, nephew-pooch, Boss, the Dog.


In lieu of flowers, donations can be made to the ZKL (Zeta Kappa Lambda) Educational Foundation.

*Masks are required for all attendees. Social Distancing will be strongly encouraged.

To plant memorial trees or send flowers to the family in memory of Broderick Daye, please visit our flower store.

Praying for comfort and peace in your loss for strength when the days long,and the assurance of God's faithful love to embrace your heart. Broderick cool brother and to the Day family peace be with you always 🙏

A photo was added for Broderick Richard Daye 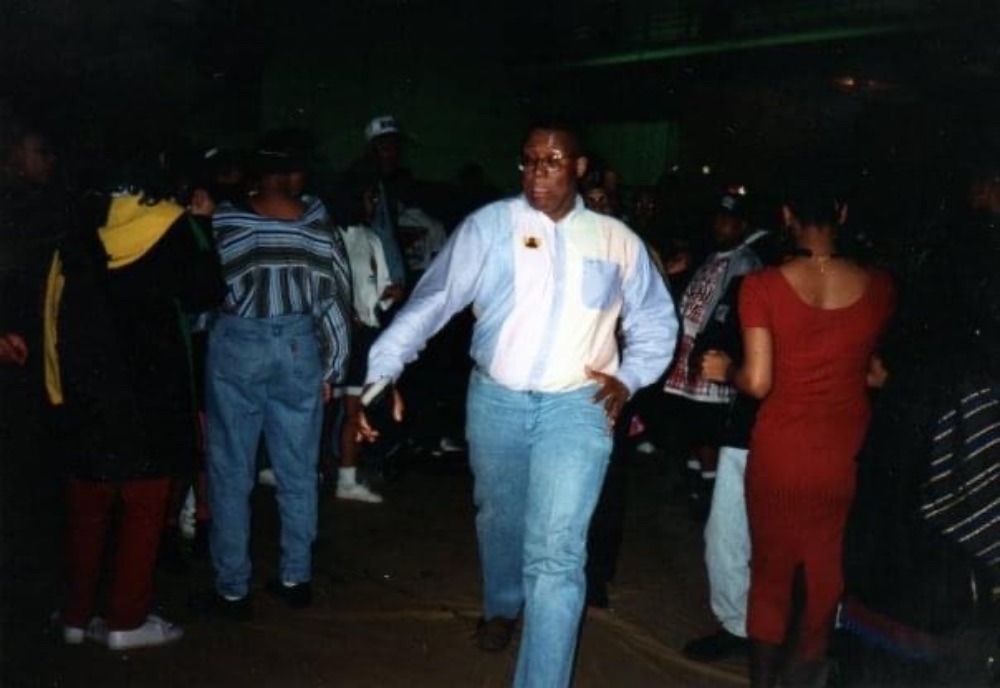 My heartfelt condolences to the Family. What a beautiful homegoing celebration. This world will be a little dimmer without Broderick. To God be the glory for the loving, caring and giving life he lived. I can only imagine the many seeds he planted during his walk. Job well done good and faithful servant.

Text me the address

Text me the address